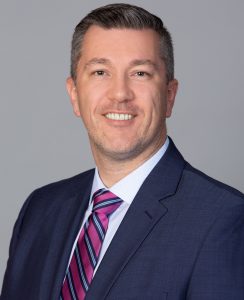 Michael J. Gayan is a partner at Kemp Jones, LLP and practices in many areas of civil litigation, including complex commercial disputes and the prosecution of class actions and mass actions, wrongful death actions, and commercial and residential construction defect litigation. He has helped try cases to verdict and recovered more than $300 million for his clients, including In re: Kitec Fitting Litigation, the largest class action case ever tried in Nevada. Michael also represents companies and individuals in prosecuting and defending commercial litigation, including contract disputes, shareholder derivative suits and class actions, partnership disputes, and antitrust actions. He has litigated cases before state and federal trial courts in Nevada and throughout the country from California to Massachusetts as well as the Nevada Supreme Court, the Ninth Circuit Court of Appeals, and the Supreme Court of the United States.

Michael enjoys giving back to the community by litigating pro bono matters for those in need and has received several awards for the number of hours he has donated. His pro bono matters have ranged from representing foster children in family court to successfully litigating a construction defect matter on behalf of the Legal Aid Center of Southern Nevada to prosecuting and settling a class action on behalf of more than 10,000 Nevada payday loan customers. Born and raised in Wisconsin, Michael earned his undergraduate degree in business/finance from Brigham Young University in 2004 and graduated cum laude from the Boyd School of Law, University of Nevada Las Vegas in 2008. He is admitted in Nevada state and federal courts and the Supreme Court of the United States.