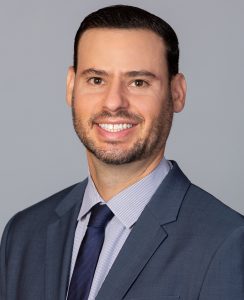 Eric M. Pepperman is a partner at Kemp Jones, LLP and represents clients in a wide range of matters involving civil litigation at both the trial and appellate court levels. His practice focuses on litigating actions involving product defects, wrongful death, catastrophic injuries, mass torts, eminent domain, and complex commercial disputes. He has helped his clients recover hundreds of millions of dollars through settlements and judgments, including a nearly $10 million trial verdict against NV Energy on behalf of landowners in an eminent domain case.

Eric devotes the majority of his efforts toward representing individuals who have suffered catastrophic personal injuries or who have experienced the wrongful death of a loved one. He has successfully represented his clients in cases involving a wide variety of defective products, including bad pharmaceuticals, medical devices, tires, consumer propane cylinders, fuel pumps, vehicle components, and recreational sporting equipment.

Eric is active in the Nevada legal community. He is a member of the Nevada Justice Association and served on the executive council for the Young Lawyers Section of the Nevada State Bar from 2012-2017. He has also represented individuals on a pro bono basis before the Nevada Supreme Court, as well as in district court actions and arbitrations. In 2016, Eric was a recipient of the Legal Aid Center of Southern Nevada’s Badge of Excellence, an award given to attorneys who dedicate more than 100 hours toward pro bono services in a given year.