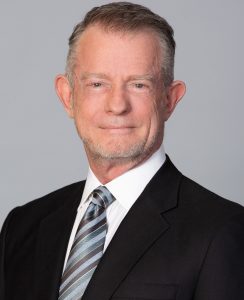 Don Springmeyer is Of Counsel at Kemp Jones, LLP and leads teams of skilled trial attorneys focused on high damage complex and class action litigation. Springmeyer is a 4th generation Nevadan with a heritage in our state’s legal profession stretching back to his grandfather, George Springmeyer, who served as the United States Attorney for Nevada from 1922‐26.

Don was recognized as the first Trial Lawyer of the Year in 1997 by the Nevada Trial Lawyers Association for his pioneering work in Nevada in price‐fixing class actions. Don received a National Pro Bono Service award from Primerus Law Firms for his successful pro bono work representing breast cancer victims fighting for insurance coverage for their stem-cell treatments.

His accolades and awards continue to the present day, with perennial naming to multiple “Best Of” lists including class action attorneys, trial attorneys, and top 10% attorneys.

Don heads up fluid teams of trial attorneys and highly experienced paralegals which have recovered many tens of millions of dollars in verdicts, judgments, and settlements for their clients, and achieved notable appellate victories establishing the rights of their clients.

He has been AV® Pre‐eminent Peer Review Rated through Martindale‐Hubble for over 30 years.